One of the UK's most exciting and innovative young drummers and producers, Yussef Dayes has been deeply involved in jazz as long as he can remember. Best known for work with his brothers in United Vibrations, and also as one half of electrifying duo Yussef Kamaal, he's been developing his sound since age four when his dad bought him his first drum kit.

Born and raised in South East London, as a kid Yussef was practicing non-stop: "My parents were strict - if I was gonna do this, I had to take it seriously." His father was a bass player in New York in the 70s, and brought home an education's worth of jazz vinyl that the Dayes brothers all grew-up on - Yussef and his bassist brother Kareem would play along to their dad's records for hours at a time. This was the closest he got to formal jazz lessons until, when he was ten, he studied under Billy Cobham (Miles Davies' drummer). Yussef considers this to have been the most impactful thing for his progression.

At school, many of Yussef's peers were aspiring MCs, and he considers grime and hip-hop heavily influential to his output: "That same energy and those different flows, I put into my drums." Add to this his Jamaican father's reggae collection, his late mother's love of the Beatles and country, and his brother Ahmad producing jungle tracks, Yussef says: "there was good music in every room" - and this breadth of taste, blended with sounds found while travelling (notably time spent in Senegal) is audible in his exhilarating combination of sounds.

These varied influences would be put into a live setting from a young age - from ten years old he was playing shows with his brothers and their friend Wayne Francis II in an afrobeat and rock-influenced spiritual jazz group. Then, cementing him as one of the need-to-know artists in the UK scene, it was in 2015 that Yussef Kamaal was born. A duo with fellow Londoner Kamaal Williams, their 2016 album 'Black Focus', with its dancefloor sensibilities and funk-infused breakbeats, would become one of the most heralded jazz records of recent times, melding UK sounds with those of the US scene. Certified silver, the album won the duo the 2017 Jazz FM award for Best Breakthrough Act. With their rapturous shows, both groups have helped hone Yussef's thrilling, rapid-fire live presence (he refers to it as an alter-ego, "the beast" that takes over when he's playing).

Following 2018's 'Love Is The Message' - Yussef's transcendental first solo track, self-released on Cashmere Thoughts - 2019 is set to be his busiest and biggest year yet.

With a solo album in the pipeline, Yussef says working solo allows him to be free: uncompromising in choices of sounds and collaborators. He's running with that freedom, working on multiple projects as a producer and player with some of the key names in the UK jazz scene and beyond. A testament to the breadth and scope of his work, Yussef sound tracked and curated the Louis Vuitton dinner show Paris Men's Fashion Week in January, collaborating with none other than Virgil Abloh and Benji B.

It's an exciting time ahead, with more of those soaring, epic, and intricate soundscapes that don't sound quite like anything else to come.
Drumming is a way of communicating and expressing yourself, he says - and in 2019, there's no doubt Yussef Dayes is going to be the one leading the conversation. 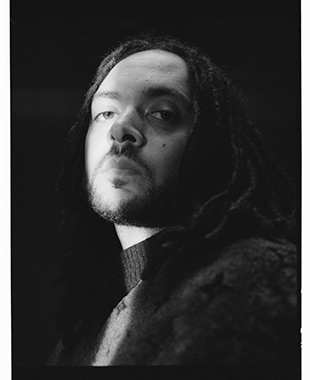