Beginning to learn the art of DJ'ing at just 11 years old and progressing to music production at the age of 14; it's safe to say Levela has dedicated his life to Music. Over a decade of releasing tracks, Levela has imprinted his own unique style upon the Drum and Bass scene receiving widespread recognition from his peers and dance music fans alike.

Whilst releasing the vast majority of music on his own imprint - Multi Function, the last 12 months have seen Levela make guest appearances on high profile labels such as Critical Music, Technique Recordings, ProgRAM and Get Hype to name a few. These excursions continue into 2019 with multiple single and EP releases scheduled throughout the year plus a string of forthcoming remixes for the likes of Mefjus, S.P.Y, Kasra and Drumsound & Bassline Smith amongst others.

The out-of-character 2018 single 'Exhale' found its way into the DJ sets of the highest profile artists within drum & bass and was heavily supported by the likes of Noisia, Kasra, Danny Byrd, The Prototypes & many more. This ushered in a new sound and direction in Levela's music and prompted a more deeper, darker side to his productions with an ever continuing goal of increasing production quality.

Levela's success is not only held to production but his self-styled 4 deck mixing has led to him performing multiple tours of Australia, Latin America and North America with regular European shows too. Levela has held down a 6 year club night within his home town of Brighton with expansion of this in 2019. 2019 is signalling a new era in Levela's sound with a goal to spread his production across all genres of Drum'n'Bass further breaking down the DnB sub-genre walls. 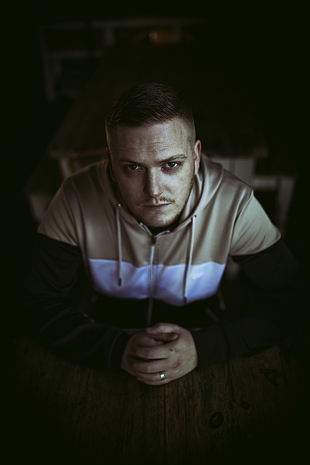