After a three year hiatus, the highly claimed “King of Drill” MizOrMac has returned. Originally in the most influential drill collective Harlem Spartans with fellow leading names Blanco, Loski and the late Bis, Miz debuted his intellectuality and defined rapping skills in 2016 with “Kennington Bop”.

Though he has spent some time away, the proud Kennington based rapper has remained a fan favourite both in the group and as a solo artist when his debut solo “Grip & Ride” leaked, streaming over 4 million rapidly. Since his return, MizOrMac has launched his own independent record label Spartans Supreme and dropped impeccable singles “Return Of The Mac” produced by Nyge and “Say Mizzy” produced by Dr Vades, Both records have received heavy support from fellow artists such as J Hus, Skepta and Octavian. The releases also got a huge backing on radio including plays from Sian Anderson, DJ Tiiny, Snoochie Shy, Rob Bruce and many more! 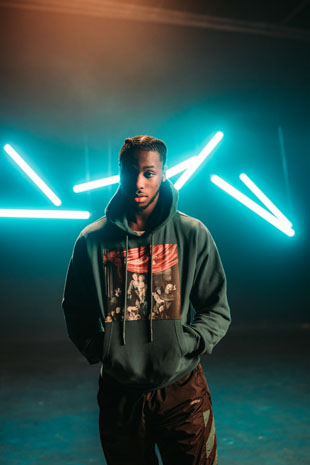