Influenced by the sounds and writing of Carole King, Zadie Smith, Amy Winehouse and Billie Holiday, Anoushka Lucas has been described as "an exceptional voice and a great songwriter" by Jamie Cullum.

Her debut album, 'Dark Soul', released July 2019 was produced by the renowned Martin Terefe (Jamie Cullum, KT Tunstall, Martha Wainwright).
Martin was so impressed by Anoushka's voice and her songs that he suggested they record them live at his Kensaltown Studios, adding the talents of Glen Scott on keyboards and Karl Brazil on drums into the mix. The album combines elements of classic soul and jazz to create a sound that is truly Anoushka's but echoing the likes of Norah Jones or Laura Mvula.

Born and raised in West London to a teacher and decorator, Anoushka Lucas has always had a flair for performing. Having studied at the French Lycee, Lucas excelled in piano, ballet and languages before going on to study Russian and Italian at Oxford University.

Lucas' international upbringing has stood her in great stead, heavily influencing her song writing. Unashamedly autobiographical, she manages to combine an honesty in her music with a sensitive warmth, touching on themes of love, sex and loss. 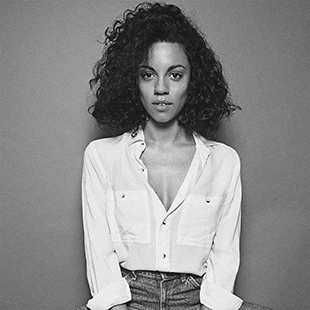