Earlier this Summer, ​Deb Never ​shared her debut single and video for 'Ugly​' (produced by Dylan Brady​) ​via ​The FADER​. She then became the first female featured vocalist ever on a BROCKHAMPTON​ song, contributing the hook to '​NO HALO​' off of BROCKHAMPTON's new 'GINGER' L​P. And finally, capped off 2019 with the release of her debut '​House on Wheels' ​EP.

'House on Wheels' i​s the inaugural showcase of Deb Never's grungy, punk-meets-rap aesthetic and features production work from Dylan Brady, Shlohmo, and D33J. Deb's voice, noticeably distinct, rides triumphantly off the back of its melodic uniqueness. Songs build from emptiness around a single guitar, Deb's most natural instrument, and utilize current production etiquettes that bring them into the now.

Deb Never began recording dream-like melodies and developing her ominous grunge sound by drawing inspiration from various artists of the 90s while growing up in the Pacific Northwest. After trial and error with different bands, Deb decided to forge her own path and relocate to Los Angeles. Once there, she began working on her debut project which was then taken on by WEDIDIT earlier this year.

Just off of tour with ​Tommy Genesis​ this past spring, Deb Never ​was named as one of Pigeons & Planes​' '​Best New Artists of the Month​' for April 2019. Her June 2019 single, 'Ugly​,' has already garnered Deb over 5 million streams across all platforms and a direct support slot on ​Dominic Fike​'s Fall 2019 tour. Deb has a growing fanbase of 70k+ followers on Instagram.

"Deb Never's earnest introspection sets her apart; her songs are full of feeling and emotion, but they're never splayed out recklessly." - ​Pitchfork

"Her stirring lyrics and deeply emotive delivery recalls the Washington state music she grew up around, transporting old-school emo sounds into a modern context." - Pigeons & Planes

"Early in 2019, she officially joined the WEDIDIT family, and her grunge-influenced sound found its sweet spot." - C​omplex (Best New Artists for April 2019)

"...her disarming energy comes clad in a simple black hoodie, dirty Converse, and infectious laugh, it only makes her complex lyrics and raw voice that much more bewitching." - ​i-D 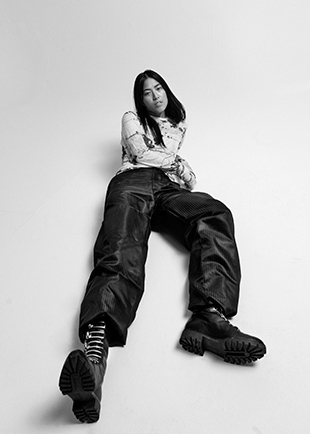