A South Korean girl group who fuses mysterious horror and fantasy themes with slick dance-pop, rock, and metal, Dreamcatcher rose quickly into the K-pop mainstream with a series of loosely thematic EPs in 2017 and 2018. A breakout act at home, the seven-member group also found a more widespread international audience which they fostered over the next two years with tours of Europe, Asia, and South America. Their largest audience outside of South Korea emerged in Japan where they released the 2019 full-length album, The Beginning of the End. 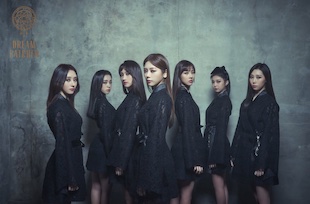