He’s been called Atlanta’s Next Great Storyteller, and the name couldn’t be more fitting. GRIP has consistently carved a niche for himself within Hip-Hop, starting with his breakout project in 2017, where the East Atlanta native first planted the seed of being known for unclassifiable game-changing music. In 2019, GRIP released , a project that changed it all, as his knack for creating concept projects was taken to the next level. His music reached the ears of none other than Eminem, who added the upstart to his Shady Records roster. His upcoming release I Died For This!? presents an evolved sound, while maintaining GRIP’s love of conceptual themes. I Died For This!? is an idyllic introduction to those just learning about GRIP and a reminder for existing fans that the musician doesn’t fit a cookie cutter sound and that’s just the way he likes it. 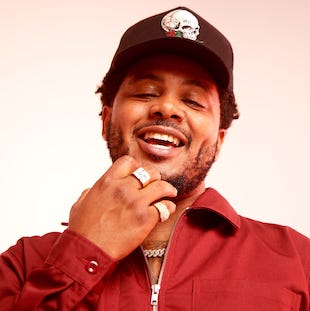