Raised in New Jersey, and forged by the sound of the UK, Izzy Camina began writing and producing music during her junior year of high school. Originally anticipating a career as a “beat producer” for local rappers, she decided to embark on an artist project, dropping out of college and moving to the East end of London, England, where her father was born. It was there that she released independently under the moniker ISADORA and managed to land two songs in the top 25 on Spotify UK’s Viral Chart.

Fast forward a few years to the self-produced EP ‘Nihilist in the Club’, and she becomes a difficult voice to ignore. Her lens is a combination of sardonic emotional detachment mixed with cunning culture satire. Izzy incorporates elements of dark pop, industrial dance, and avant-pop that twists and turns, taking fans on a journey inside the mind of a truly virtuosic talent, earning radio support from Sirius XM’s BPM and Alt 92.3, and gracing the cover of Amazon’s Introducing Electronic playlist. In addition to the music, Izzy dabbles in graphic design, video editing, and many other tools of the creative digital trade. 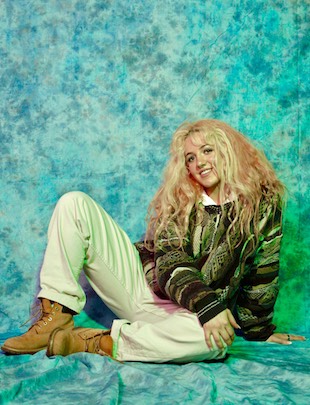