Kasien has a habit of always landing on his feet. The Londoner brings a chaotic energy to the rap world but, when life has been at its toughest, he has found the strength in music to carry on and make it out alive. Born in south London in the mid-nineties, Kasien doesn’t remember a time when music didn’t fill his household. “Music has always been a part of my life,” he says. “All day, all night, just tunes being played.” Despite recalling his dad, DJ Swing of Choice FM and the Boogie Bunch, playing neo-soul classics from D’Angelo and Angie Stone, young Kasien rebelled and found his first love in the dark and moody world of nu- metal. Spiking his hair into a Mohican, Kasien lost himself in the mosh-pit ready sounds of Papa Roach and System of a Down. “I was that kid from a hip-hop family but I was inspired by heavy music,” he says recalling a childhood spent flicking between MTV Base and Kerrang. “My mum has home videos of me with my nails painted black.”

It wasn’t until his dad showed him Jay Z’s Fade To Black DVD that Kasien saw that music had the power to take an ordinary kid to superstar status. Around the same time he and his friends would trade bars in the playground, pushing each other to come up with rhymes to get through lunch breaks. His dominance of the schoolyard was cut short, however, when he was sent to boarding school in Lagos, Nigeria. Studying in the homeland of his mother allowed Kasien to focus on his music more than ever, as well as forcing him to evolve as a writer. “The kids didn’t understand my grime bars, they were too fast,” he says. “They said I rapped like I had hot food in my mouth. That forced me to slow things down a bit.” Among the students studying alongside him at the time were alté pioneers DRB LasGidi and afrobeats superstar Davido. The wealth gap in Nigeria is extreme and Kasien was caught between the poorer side of society and the children of millionaires he found himself sharing a classroom with. His time in Africa left him with a lot of connections and broadened horizons, as well as a fresh outlook on the world.

Kasien brings that open-minded and global approach to his art, a sound he describes as falling between “frustration music” and “something to turn up to.” “Six Feet Under” was the breakthrough. The dark and uncompromising banger was written on a brutal comedown that left him awake for days and at his lowest point to date. Despite projecting an upbeat energy at all times, Kasien has endured untold heartbreak, first losing his dad at just 13 and then, a few years later, his younger brother. These heartbreaking experiences left him feeling lost and aimless. He’s come through this period of life and lives a “less rage-y, more chilled” lifestyle these days. He wants to reflect this peace in his new music. EP1 moves Kasien’s story in exciting new directions, mixing ten tonne beats with indelible hooks and a refreshing emotional honesty. Whether it’s flexing his fast-paced delivery on the pop- leaning Cloud 9 or opening up about his family on the introspective Oh My Gosh, Kasien brings his own distinct energy to a variety of styles. “I’m looking for something unique,” he explains. “I don’t want a hard beat if it could have come from 10 other producers. I don’t release 100 songs to see what sticks and I don’t make music for music’s sake.” Honesty is key to Kasien; “That’s why I rap under my real name,” he says. “It forces him to be real. “Too many people rap about their life being lit. My life ain’t always lit and I’m not afraid to say so.”

Like his hero Jay Z, Kasien has formed unbreakable bonds with the producers he vibes with the most. AWGE-signed producer Kelvin Krash helmed his entire K2 project in 2019 while this year he’s shown his versatility by contributing to projects by The Streets and Cadenza.

At no point in his life has Kasien doubted himself. Whether he was in the playground spitting bars or in a foreign country winning people over with his personality, life has a way of coming good for him. “Things can never turn out bad if you believe that one day they’ll be good,” he says, explaining his positive attitude. “I’ve had my friends tell me things aren’t going to work out and I’ll say ‘trust me’ and we end up in the littest places. They’ll be looking at me shocked and I’ll just be like, “I knew it.” The more you get to know Kasien the more confidence you have that those scenarios are going to get more and more common as time goes on. 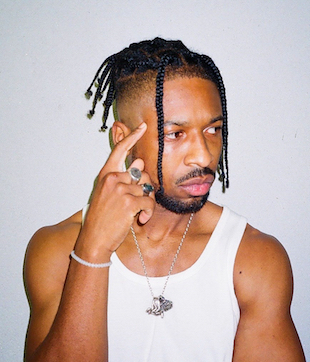