From the depths of South East London comes rapper and singer, KEYAH/BLU. Rapping with vulnerable innocence juxtaposed with a raw uncensored edge, KEYAH/BLU finds an enthralling esoteric balance between light and dark in her art. With her disparate influences from across the spectrum, KEYAH/BLU marries her own ethereal harmonies and vocals underneath her hard-hitting bars to spin tales of life as a young girl or boy floating through the novel extremities of everyday life.

Keyah's previous live highlights include Boiler Room alongside Jorja Smith and Little Simz, a sold out headline show at Four Quarters in Peckham and supporting Biig Piig at Village Underground. Forthcoming shows include supporting Tirzah at Scala and The Great Escape.

KEYAH/BLU has also previously walked for fashion brand Telfar at their Serpentine Gallery show in association with South African duo FAKA, and was subsequently featured in Vogue and I-D.

With more music set for release this year and beyond, KEYAH/BLU is truly one to watch. Her relatable contrasts define her message, and whilst her innocence may illustrate a sense of naivety, rest assured, KEYAH/BLU wears the trousers in her carefully carved musical lane. 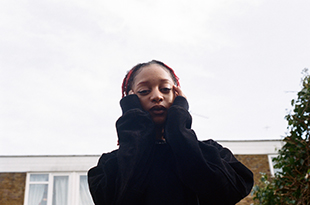