Knucks is a 24 year old rapper/producer hailing from north west London.
Finding an interest in music at a young age, 12 year old Knucks (fka Knuckles) began his musical journey in Grime, rapping with friends after school. Growing a distinct ear for music and a specific taste in the then Grime beats, he began producing himself, adapting the musical and sample heavy production styles of the likes of Scuface & Stimpy, Swindle and Dot Rotten.

At 14, during the emergence of UK rap at the forefront of London culture, Knucks went back to listen to the greats in rap which lead to him finding a fascination in the likes of Curren$y, MF Doom and Nas.
This influence would then lead him on to creating his first body of work, 'Killmatic', an ode to critically acclaimed 'Illmatic' by Nas. During those seminal years he built a broad musical palette and by the age of 18 was producing for some of the biggest names in the scene such as Fekky and Blade Brown. But he had the vision to be more than just a producer.

It wasn't until he was brought to a studio in Finsbury Park to record songs for 'Killmatic' that he was able to really explore his musical talents. Always discovering new ways to develop his creativity Knucks embarked on a degree in Animation & Computer Arts which he completed in 2017.

Since releasing 'Killmatic', Knucks has gone from strength to strength with a slew of well received singles including his biggest hit 'Breakfast at Tiffany's'.

Trying to complete uni proved a struggle whilst balancing a growing rap career. Throughout Knucks managed to perform in Brighton at The Great Escape Festival, supported Not3s on tour, opening for Wretch 32 and releasing three videos 'Frostbite', 'Cannes' and 'Vows'. Looking forward to a promising year even being included in Fader, Complex, GRM Daily's artist's to watch in 2018.

In his own words "uni done I'm about". 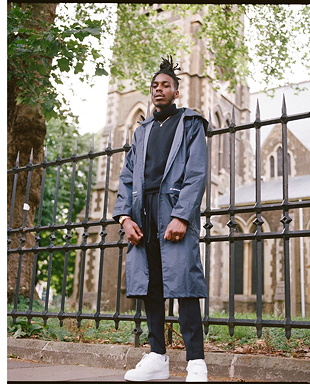