27th October 2017, London UK - Pioneering UK rappers KREPT x KONAN break yet another record by being the first act in history to have two mixtapes enter the Top 10 of the Official UK Albums Chart simultaneously.

Three singles (with accompanying music videos) have been released from '7 DAYS' and '7 NIGHTS' to date, including 'Wo Wo Wo', 'For Me' and the recent 'Ask Flipz' ft. Stormzy, which has debuted #30 in the Official UK Singles Chart today after receiving heavy rotation from Radio 1, Radio 1Xtra, Capital Xtra and Beats 1.

The release of '7 DAYS' and '7 NIGHTS' signals a welcome return for the trailblazing duo whose ongoing critical acclaim and chart success has helped paved the way for the likes of J-Hus, Kojo Funds, Abra Cadabra, Yungen, Mo Stack and Section Boys (to name a few). From the 2013 release of their 'Young Kingz' mixtape which shot into the Top 20 of the Official UK Album Chart (earning them a world record for the 'Highest-Charting UK album by an Unsigned Act'), through to the 2015 release of their debut album 'The Long Way Home' (which became the highest charting British Rap album in UK chart history after debuting at #2 in the Official UK Album Chart), KREPT x KONAN have repeatedly broken records while consistently breaking ground. 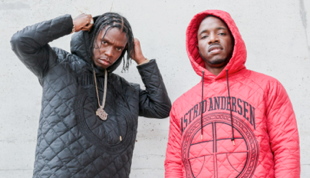