The jaded daughter of a dead preacher-man caught in an exodus, Ethel Cain winds her way through a dizzying attempt at escape from her suffocating upbringing only to find herself crushed within its jaws in the end. Hayden Anhedönia, the woman behind the curtain, serves as the architect for the visceral and haunting world of Ethel Cain.

After singlehandedly writing, producing and mixing her EP Inbred from the basement of a church in Indiana, Inbred was released in 2021 to critical acclaim, receiving overwhelming support from Pitchfork, Paper Mag, TheFADER, Billboard, NYLON, Vice, The Line Of Best Fit, Vanity Fair France, Zane Lowe, Youtube, Soundcloud, and Tidal.

In anticipation of her debut album, Cain served as Spotify’s first ever transgender EQUAL ambassador in celebration of International Women’s Day this year alongside their Created By Women program. After over four years of meticulously constructing her album and the graphic visual world that accompanies it, Preacher’s Daughter, was released in May 2022 catching fire with her growing fanbase of loyal daughters and continuing to catch the eyes of The New York Times, NPR, V Magazine, Crack Magazine, The Guardian, and more. Cain embarks on her first ever headline tour throughout the US and Canada this summer closing out the year with dates in Europe this fall. 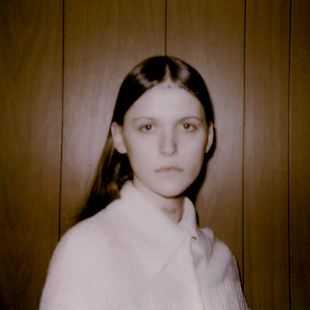