Family has always been front-and-centre for Leon Vynehall. His breakthrough 2014 EP 'Music For The Uninvited' was inspired by the funk, soul and hip-hop tapes his mum used to play in the car. Spreading organically on the strength of the music, the record finished the year on a plethora of 'Best of the Year' lists including Pitchfork, FACT and Resident Advisor. His follow up 2016's 'Rojus' EP saw Vynehall building more layers and broadening the depth of his music. Fan favourite 'Blush' was certified 'Best New Music' by Pitchfork - and Rojus finished the year in the online magazine's prestigious 'Top 20 Best Electronic Albums of 2016' as well as becoming DJ Mag's 'Album of the Year'. Both releases were a wonderfully eclectic deep-dive into the sounds behind a young talent who now has six-plus years of international DJing and multiple releases under his belt on highly respected imprints such as 3024, Rush Hour and Running Back. Now, with his debut album, 'Nothing Is Still' - released 15th June via Ninja Tune - Vynehall is digging deeper into the family history that inspired his most iconic tracks, whilst returning to his own musical roots. 'Nothing Is Still' is defiantly atmospheric and textural, and finds him harnessing his passion for early contemporary minimalist composers such as Gavin Bryars and Steve Reich as well as records like Philip Glass' 'Koyaanisqatsi' and Terry Riley's 'A Rainbow In Curved Air'. 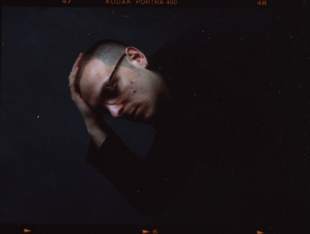