Martha Ffion is the musical project of songwriter Claire Martha Ffion McKay, who has just signed to Turnstile - home to the likes of Gruff Rhys and Cate Le Bon. Her latest release via Lost Map Records has introduced Martha to a whole new international audience, seeing her tipped as "an artist that seems ready-made for wider acclaim" (Tom Johnson, Goldflakepaint).

Since the release of her 2014 self-released debut EP 'Go', there has been a major development in her sound. Performing with a full band for the past year has transformed Martha's songwriting process, and the new material has adopted a punchier edge with echoes of Sharon Van Etten and Engel Olsen. But her core influences remain consistent and tangible: 60s icons like The Beatles, the Shangri-Las and Nancy Sinatra. There's a hint of Blondie too, particularly in the wry delivery of her lyrics. 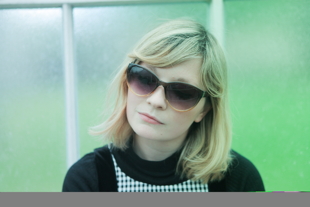