Sutter, Gac and Wizniak found each other in 2011, all twenty-something participants of the local Chicago scene. The three released a self-titled album in 2012 with the help of Hawthorne Street Records (home to Pelican, Sweet Cobra & others).

Meat Wave's sinister bass lines, maniac drumming and fuzzed out guitars draw from influential post-punk bands like Hot Snakes as well as Chicago pillars Jesus Lizard and Naked Raygun. The band is currently working on a new album to be released in 2015. 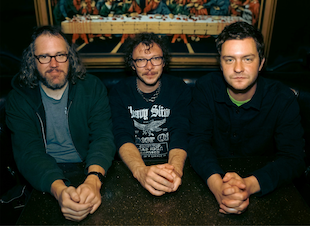