'Fixed Ideals' covers topics of anxiety and mental health, the effects of too much alcohol wasting potential, having a desire to learn and be educated, as well as focusing on personal relationships and the importance of friendship and family. And what we feel when those relationships let us down.

The first single from the record, 'Picture of Health', is an impossibly catchy slice of punk-driven melodic perfection, which was written when vocalist and guitarist Lande Hekt realised "how much easier it is to worry about your friends than it is to worry about yourself." NPR have said that the song is "Absolutely fetching...'Picture of Health' blast[s] out the gate with thunderous drum fills and arena-bopping riffs"

Muncie Girls' line-up is completed by guitarist Dean McMullen and drummer Luke Ellis and the three grew up in Exeter, playing local DIY shows to their friends, which is still something they enjoy immensely.
Since the release of their debut album 'From Caplan To Belsize' in 2016, they've toured the UK & Europe extensively and they've performed in Australia and Japan, as well as playing appearing at world-renowned festivals such as SXSW, Glastonbury and Reading & Leeds. 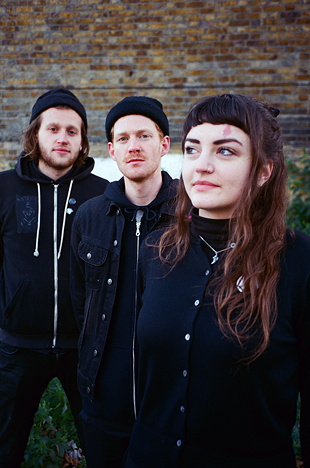