Orson Wilds, fronted by Eric Reid and Brianna Bordihn, have only played a handful of shows in the Southern Ontario area, focusing mainly on the honing of their craft and sound. This hard work paid off when Yip, an enthusiastic producer with bustling industry savvy, was so taken by the compositional strength of Orson Wilds’ songs that he took the band under his wing, helped them produce two new singles, and signed them to his imprint. Though Reid and Bordihn represent the core of Orson Wilds, an ever-evolving collective of friends and family round out the live iteration of the band with stomping uplifting electric guitars, horns and woodwind sections, and thrashing, urgent percussion. 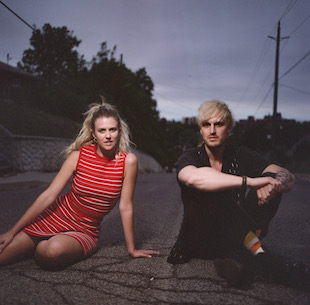