Few acts have the innovative color and diverse repertoire of Party Favor, one of the fastest rising names in Dance Music. His edgy style helped pioneer the festival trap genre, exhilarating and thrilling audiences and turning heads across the globe. Party Favor, AKA Dylan Ragland, is currently making groundbreaking remixes for names such as Dillon Francis, Diplo, Flosstradamus, and Major Lazer. He is also creating chart topping original records such as 'Bap U' (Mad Decent) and 'Booty Loose' (Mad Decent). Party Favor's newest release 'Party and Destroy' EP which includes collaborations with Dillon Francis, Gucci Mane, Sean Kingston, Rich The Kid, Gent & Jawns and Georgia Ku. 'Party and Destroy' hit #2 on iTunes album charts and the lead single 'Give It To Me Twice' garnished over 1 million plays on Spotify in its first two weeks.

'Bap U' has garnished over 6 million plays on Soundcloud and has made its way into the Top 30 Dance Tracks on iTunes. Its success led to the making of a music video featuring cameos by Brillz, Diplo, ETC! ETC!, Ookay, TJR, and Seth Green. Following the successful launch of the video, 'Bap U' saw national spotlight when featured in a T-Mobile commercial, as well as Warner Brothers movie 'Vacation' (2015) and 'How To Be Single' (2016).

Following 'BAP U's commercial success, Party Favor began to see multiple national commercials using his music. His original 'Booty Loose' was featured in Truths Anti-Smoking campaign and was featured in Universal Pictures' 'Neighbors 2' (2016). His song 'Baddest Things' (Mad Decent) was featured in Silk Milks national campaign with DJ Khaled in the summer of 2016. Most recently Mountain Dew commissioned Party Favor to create an original song 'Wiggle Wop' for their national 'Kickstarter' campaign which was featured during the 2016 NBA playoffs.

Party Favor has also been featured on many different radio stations across the country and abroad! He has performed on some of the biggest stages in North America at festivals such as Coachella, EDC, Lollapalooza, Ultra, Tomorroworld, and Mad Decent's Block Parties.

Party Favor's success abroad and at home is no doubt due to the love and support that his music receives from superstar talents such as Skrillex, Diplo, Borgore, DJ Carnage, GTA, Dillon Francis, RL Grime, Bro Safari, DJ Snake, and Flosstradamus. Party Favor is paving his way into 2016 with a headlining tour 'Party and Destroy' that will feature multiple up and coming acts as well as a few big names. With official work on Spinnin Records, Ultra Records, OWSLA and Mad Decent as well as international tours through Asia, Australia, Brazil, Japan, it is no surprise why Party Favor's fan base is as diverse and well rounded as his music.

"I think what's cool about house music, bass, twerk, whatever you want to call it... is that it's starting to bridge a lot of genres, styles. I just want to make stuff that's crazy energy and makes you groove." - Party Favor 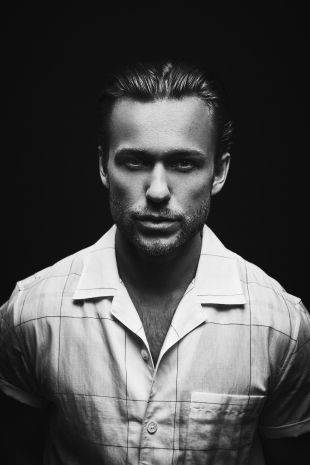