Precision, quality and a forward thinking mindset; all those traits can be associated with the two guys hailing from Germany and Switzerland going by the name of QZB.
Already gaining lots of support by Skeptical, Noisia and Kasra in the beginning of their musical career, they kept crafting a trademark style in their studio which is distinguished by a high level of perfection, an attention for detail, innovative and unheard sound design and an out-of-the-box approach to production.

Their first releases on Flexout Audio paved the way for their groundbreaking A-level debut on Critical Music which was released in September 2017 and reached top positions on all outlets. But the journey has only just begun: With forthcoming releases on one of the key labels in the game, namely Critical Music and a fully packed tour schedule, they're a force to reckoned with in Drum & Bass. 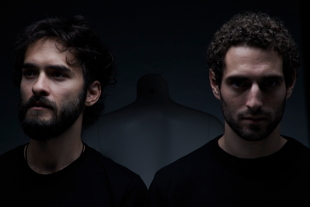