Born In Central London in 1983, Wolf Released his first self produced + written E.P in 2002 aged just 19. Since then he has released 5 fantastic albums, toured the world almost constantly to an ever growing international audience, whilst constantly changing and exploring new sounds, songwriting styles, visual identities and production.

Within the last 10 years Wolf has collaborated with musicians such as Patti Smith, Angelo Badalamenti, Florence Welch, Marianne Faithfull, Eliza Carthy, Coco Rosie as well as art world luminaries such as Nan Goldin, Wolfgang Tillmans, Tilda Swinton and Ryan Mcginley. A classically trained viola, harpist and composer, a self trained pianist, singer and producer, Wolf also writes all his own material without co-writers.

Last year at the age of 28, Wolf accepted an "Outstanding Contribution To the Arts" award from Dublins Trinity University. He is currently in his studio, writing, painting and planning his next creation, stay tuned as 2012 may be full of many great surprises for the world and his wolfpack. 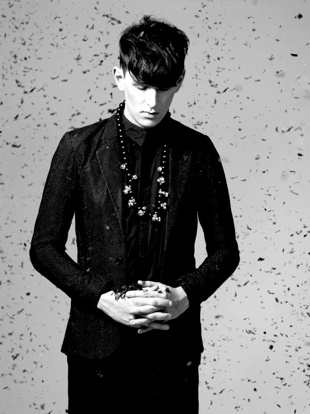