Alternative / psych rock band PSYENCE released their long awaited debut album in August 2019. The self titled album is a 10 track opus shaped by years of hard touring up and down the UK and in Europe, channelled into a release that traverses psych rock, rock n roll and electronica, with soaring melodies and huge guitar riffs.

"Our debut album is an intense chemical reaction of face-melting riffs and groove-laden tunes," the band explains, "It's a product of many years toiling away in backroom venues and countless van-hours. It's a working man's release. Tune in. Drop out!"

PSYENCE's debut album generated great reviews in Bearded Magazine, Uber Rock, and Sonic Abuse, amongst others, and was voted a Top 50 album of the year by Power Play Magazine. 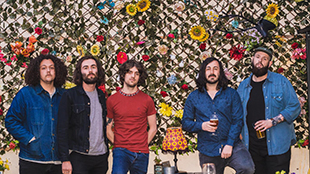