Jordan Cardy is Rat Boy. He was fired from Wetherspoons. He was turned down by McDonalds. He's never left the UK. He likes The Streets, The Clash and A Tribe Called Quest. He likes using old film samples, skating and making art.

Jordan is from Chelmsford in Essex and once went to the funfair at Southend. He makes music, all the music, in his bedroom and sent it out to loads of people. No-one cared until one person cared and now lots of people care and soon everyone will care. A lot.

His first mixtape has been in the NME and on Radio One, Xfm and 6 Music.
There's another mixtape on the way soon. that will be a total of 60 minutes of music in the time it takes most acts to 'soft-release' a b-side. 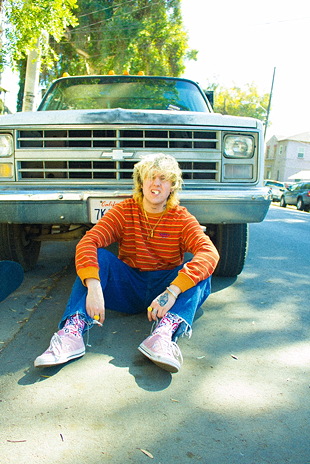