With a name that most people misspell or mispronounce, Röyksopp are two Norwegian oddballs who've already cemented their place in electronic musical history. Their records have earned them platinum awards, they've remixed the likes of Coldplay, Depeche Mode and Kings Of Leon - as well as written music for artists like Robyn, Lykke Li and Karin Dreijer-Andersson (Fever Ray / The Knife).

With a background from the clubscene and a thing for italo-disco, Röyksopp combines the unexpected with the familiar, the cerebral with the fresh. Firlmy based within the realms of synth-pop - with the occasional trip into kraut-rock and experimental synth of the seventies - Röyksopp are truly pioneers and their distinct sound is utterly unique in every sense of the word. 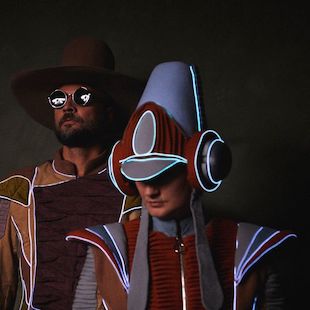