Twenty-eight-year-old rapper, singer songwriter, and producer Russ walks his own path, at his own pace. By doing so, he proved that he didn’t need a major label to surpass over 10 billion streams on Spotify/Apple Music, get on Forbes’ 2019 “30 Under 30,” make the Forbes‘ “30 Under 30 Cash Kings'' at number 20 for most earned, sell out arenas across the U.S. and around the globe, and become one of the most popular and engaged rappers right now.

In his 10+years of releasing music, the 28-year-old has developed an extensive catalogue of music that has collectively surpassed over 10 billion streams and over 2.5 billion video views. His method was simple: love and believe in yourself absolutely and work hard no matter what. In this self-help book “It’s All in Your Head” Russ inspires readers to walk to their individual rhythms and beat their biggest obstacles: themselves.

After releasing a handful of non-album singles in 2019, Russ kicked off a new decade in January 2020 with his third album for , Shake the Snow Globe. The set hit the Top Five once again and the single "Best on Earth" with Bia became a chart hit. That October, he returned with the non-album track "Paid Off." ~ Andy Kellman 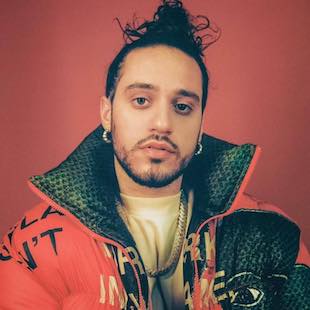