Starsailor burst onto the scene in 2001 when their single Fever earned them the title of "Britain's best new band". The band was formed at Wigan and Leigh Music College by music students James Walsh (vocals/guitar), James Stelfox (bass), and Ben Byrne (drums). Later saw the arrival of keyboardist Barry Westhead, who cemented their sound. In April 2000, after seeing their first London show (at the Heavenly Social) the NME wrote: "One live encounter was enough to convince many sceptics that here was a band who were genuinely special, blessed with a singer whose voice thrummed like an emotional telegraph wire, that swerved the pitfalls of indie melancholia and were clearly in love with rock 'n' roll and all its possibilities."

Over the years, Starsailor have released many timeless classics and working on the 20th Anniversary release of their debut album “Love Is Here”. 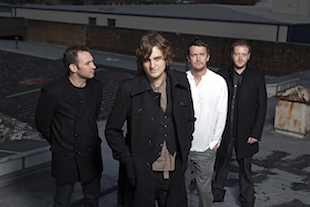