Born out of the mid 80's inspirational Hip Hop scene and the DIY UK acid house/club scene, Stereo Mc's reputation grew slowly throughout the late 80's. They started an underground dance label, releasing diverse artists from Richie Rich to the Jungle Brothers as well as their own records before being picked up by Island Records. They performed live extensively and supported groups such as De La Soul, A Certain Ratio, EMF and U2 and did US and UK tours with The Happy Mondays.

After early chart success in America for their second LP 'Supernatural', they recorded the album 'Connected' which became an international hit. They embarked on a huge touring schedule including memorable appearances at Glastonbury and many other festivals worldwide. This period culminated with a Mercury Prize nomination and two Brit Awards for 'Best Album' and 'Best Live Act'. Aside from following on their remix activity with mixes for Tricky, Madonna and Quannum Mc's amongst others, a period of relative silence followed. They emerged seven years later with their K7 'DJ Kicks' LP, followed quickly by the Top 20 LP and single 'Deep Down and Dirty'. A return to independent labels in 2005 rejuvenated the band and has seen them making new LP's and performing live regularly.

2014 saw a return to the roots, releasing underground dance music leading to many collaborations including 'Place' with Adam Port on the Berlin (Keinemusic) label and longtime friends Terranova releasing the classic 'Tell Me Why' (KomPakt) a firm fixture in the club charts in 2015. This has led to a joint venture label Connected with Terranova and distributed through Kompakt Records, the main purpose for release new Stereo Mc's records starting in 2016.

2015 also saw a flurry of live shows mainly in the UK , with a stronger bolder electronic slant to brilliant effect and response. 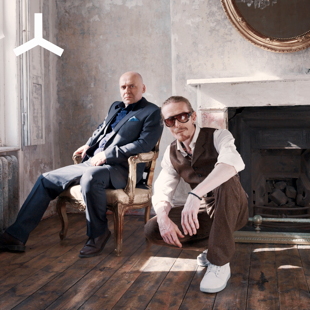