22-year-old Wallice began writing songs in middle school, lamenting secret crushes over instruments she learned to play in the school band, and armed with her trusty ipod maxed out by Weezer, Black Eyed Peas, Radiohead and Lana Del Rey. With Adrienne Lenker, Vampire Weekend, Men I Trust and The Drums on her current high-rotation, elements of both her past and present influences distill in Wallice’s sound - which feels sweet and nostalgic with a rowdy edge. Wallice’s distinct and emotive voice led her to the New School’s Jazz Vocal Performance program in New York City. After a year, she decided to pack her bags and head back to California to focus on her own music. Wallice linked back up with producer marinelli (known for his work with spill tab), her childhood friend and longtime collaborator, who helped her develop a clearer direction for her voice and style. 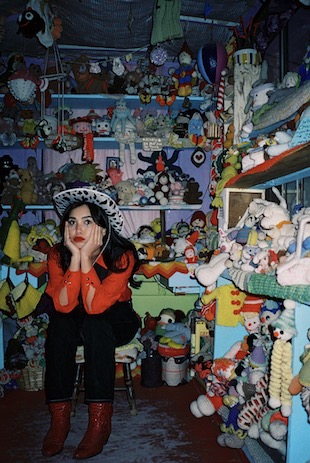