It's not often that you would describe music as melancholic, dark and danceable all at once - but this is precisely what defines the sound that 21-year-old wunderkind, Oliver O'Neill aka HUCCI, has cultivated and perfected. His catalogue of music has enabled him to attract support from some of the greatest DJs, producers and critics while steadily gaining him a solid fanbase all across the globe.

New Zealand born but raised in Brighton, England, HUCCI started producing aged 14, evolving the enigmatic alt-Hip Hop / Trap sound that he has now become synonymous with. At just 16 HUCCI released 'Novacane', his first EP, to wide critical and popular acclaim, and has been steadily dropping track after track ever since. Notable EPs are 'Rosegold' and more recently '404', a 22-track opus peppered with classic HUCCI.

In more recent times, we've seen vital collabs and the launch of his own imprint Veyron Arche, an independent label through which HUCCI is curating not only music but also clothing, events and other projects yet to be revealed.

Affirming the power of the internet, HUCCI's releases on Soundcloud and YouTube have racked up some of the highest hits in the scene, while making selling-out shows a norm. HUCCI is blessed to have played gigs that most artists only dream of, repeatedly packing out venues across the US, Canada, China, Russia, Japan, Australia, New Zealand and all over Europe, and dominating festival stages at Pukkelpop, Pemberton Festival and Holy Ship, often being described as one of the most exciting producers on the circuit. Rarely do you find a talent that not only lives up to, but vastly exceeds, these expectations in the way that HUCCI does.

Credited as one of the pioneers, HUCCI's genre-defining sound is as undeniable as his prodigious talent. This is now the come up, awarded by the scene and fans worldwide HUCCI has his rightful place at the pinnacle of the new wave. 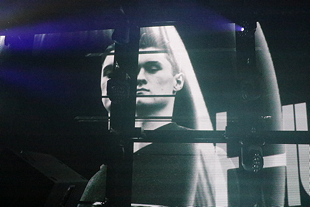