Tarragon is the brainchild of Callum Pickard, a 25-year-old singer-songwriter, producer and multi-instrumentalist from Coventry.

Over the past four years, Pickard has been honing his craft, writing and recording his debut album, I’ve Just Seen A Scene. Self-funded as a Deliveroo cyclist delivering food and drink around his hometown, Pickard has collaborated with an array of incredible virtuoso musicians including Dave Hartley and Robbie Bennett (The War on Drugs), JT Bates (Bon Iver/Taylor Swift) & John Helliwell (Supertramp) to bring his songs to life and has created a debut that deftly deals with maturing into young adulthood and the emotional growing pains & frustration that come with that.

Tarragon's debut single, Follow the Sign self-releases on March 25th 2021. The song is a deeply personal ode to his sister & the strength she has shown following her diagnosis with a life limiting illness. It features a hero of Callum's, John Helliwell of Supertramp playing Tenor Saxophone. 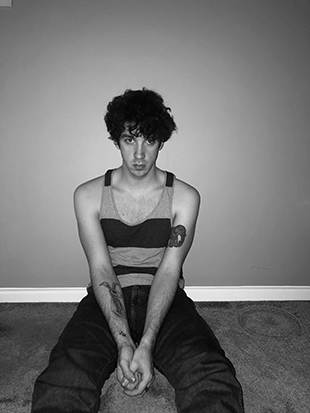