From 2014 to 2017 Vundabar's Brandon Hagen cared for a loved one that had fallen into a debilitating state of mental and physical decline. For four years his sickness and the eventual loss that followed became the focal point of Hagen's life as well as his family's. It was the bell jar under which they lived. Hagen was fractured into two selves; one, largely insular, racked by grief and loss and the other putting it on, touring relentlessly and hoping to be as affable as possible lest he ruin the opportunities at hand. These were the fencings and borders he made for himself and for a time he let them stand. He presented a shell of charisma and withdrew into isolation and despair, convinced he was doing right by the old dogma of stoicism. He didn't tell a soul out of shame and embarrassment; whose he didn't know.

Unsurprisingly these two poles couldn't stand for long. The tension bore down on Hagen's skull until it felt something might break. It reared its ugly head from time to time. He became withdrawn, irritable and inactive and suffered more than one nervous break. It came to a point where he had to deal with it or it was going to deal with him.

In reflection Hagen realized the point that had led his loved one to a collapse and subsequent dissolution held parallels to his own. As a child, bereft of stability, he created a larger than life persona to live within. He buried his insecurities and traumas deep and kept them there for most of his adult life, until, unable to maintain the house on stilts he'd built for himself, he collapsed completely. And here Hagen was in the face of this loss, about to repeat the cycle.

Hagen wondered was this stoicism, this shame, this impasse even his own or had it been pressed upon him. From the earliest memories of boyhood he could recall one of the most integral attributes of male-ness being an ability to suppress emotion. Concealment was touted as a point of pride and here he watched as it leveled the one who held it in his hand.

'Smell Smoke', the band's anticipated 2018 follow up to their breakout 2015 album 'Gawk,' is an attempt at openness and vulnerability. It's an attempt at unlearning. It's a document of grief; a child crying into the dark. 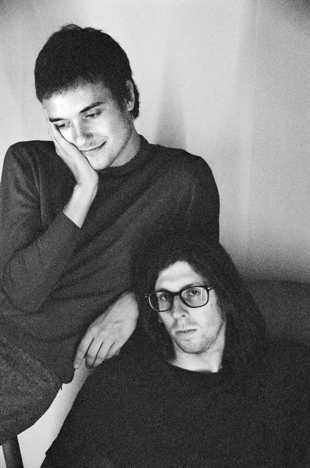