How did Wheatus escape the pre-internet music industry dark age with their lives? "A very important record executive lost his cool with me in a meeting & threatened to drop us... I took him up on it..." - Brendan B Brown.

Wheatus' debut single 'Teenage Dirtbag' cracked the Top 40 BBC Official Sales Chart for a second time in March of 2011, TEN YEARS after it's debut at #2 on the same chart. To say that Wheatus have been through the wringer in the decade between is the original understatement. Lawsuits, lineup changes, interstate art heist investigations (yes, really), betrayals, intellectual property theft, physical violence, post traumatic front man Brendan B Brown could write a book.

To date their first record has sold more than 5 million copies world wide. Any manager or record label would be happy to tout those stats to the press but Wheatus have remained unsigned & unmanaged for the last 8 years. Unlike many of their peers from the early oughts, Wheatus continue to write, record, and tour 15 years after their inception, having taken control of their revenue stream with the home made, "pick-your-price" download system fans can use at Wheatus.com. They have released 5 studio albums since 2000 and are currently in preproduction for album 6.

Brendan addresses the radio silence they endured from 2002-2004 mysteriously, "... we were advised to lay low."

With a new line-up, Wheatus hit the road mid decade throughout the US and UK, including the sold out UK 'Get Happy Tour', and their own independent University and College Tours, which once again put the band on stage in front of tens of thousands of fans, who sing along... loudly.

Wheatus are currently in the midst of recording and releasing Volumes 1-8 of 'Pop, Songs & Death', a series of EPs available exclusively from Wheatus.com as multi-format "pay-what-you-want" DRM Free downloads. 'Pop, Songs & Death Vol 1', 'The Lightning EP', is the first record to ever be released in the revolutionary new downloadable DSD format for Playstation 3. 'Pop, Songs & Death Vol 1' & '2' have had hundreds of thousands of downloads, accompanied by generous donations. Two songs from 'Vol.1' were prominently featured in 'April Showers', an independent film depicting the events of the Columbine Massacre, directed by one of the surviving Columbine students, Andrew Robinson. 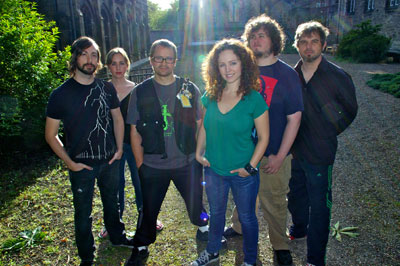