XXYYXX is the name of Orlando, FL's 17 year old producer, Marcel Everett. Marcel works out of his bedroom creating harmonious music that provokes emotion and transmits vivid images of peace and still sadness.
His music has been featured on XLR8R, The Needle Drop, Earmilk, Indie Shuffle, BIRP and many more. His full-length releases are available for digital download on Relief in Abstract Records.

Captivating, beautiful, lush and packed with emotion are words that easily describe this young artist sonic palette. For XXYYXX, the young American beat wizard hailing from Orlando, Florida - making beats is nothing new. Marcel Everett has now been tinkering with software, synths and beats since the tender age of 10. It's comes as no surprise that his second album, XXYYXX (self-released on his bandcamp in 2012) has gone on to receive wild acclaim across the blogosphere and with critics alike.
Word of this budding artist has spread across the internet like wild fire, already receiving over 100K fans on his facebook page and millions of youtube views. 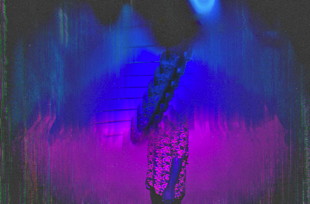