Houston born, Miami based DJ and producer, Ape Drums, made his way onto the scene in 2014 with the release of 'Bashment', a dancehall inspired song that set the dance world on fire with its addictive rhythms, setting the course for Ape Drums' future - bringing his unique blend of electronic and dancehall to the masses

In 2016 his track 'Mutant Brain' was tapped by director Spike Jonze to be featured in his worldwide Kenzo campaign. The song reached #2 on the Spotify Global Viral Chart.

2017 saw the release of 'Ghost' on Spinnin’ Records & his return to Mad Decent with single 'Deva' featuring dancehall veteran Suku.

In 2018 Ape Drums is continuing to push the envelope by taking the role of label head with the creation of VISION SOUND. Founded with his good friend, DJ Silent Addy, VISION SOUND are bridging the gap between dancehall and electronic music with releases that fuse the sounds of both genres. 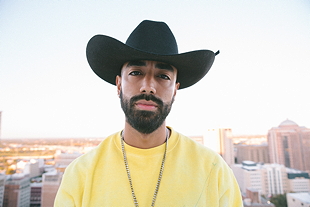