Channeling a rags-to-riches vibe akin to that of the track’s namesake, ‘Oliver Twist’ sees ArrDee spit lucid, rapid-fire bars over an opulent, violin-led production. It follows ArrDee’s appearance which has gone viral on Russ and Tion Wayne’s ‘Body’ remix, a track that has hit #1 in the UK Singles chart and amassed 45 million Spotify streams and 23 million YouTube views respectively. Meanwhile his recent ‘Plugged In’ session with Fumez the Engineer has racked up 2 million YouTube hits in less than a month.

ArrDee burst onto the scene with debut single ‘Cheeky Bars’, a track that has already received 2.7 million YouTube streams after being premiered by Mixtape Madness in January. It also picked up organic radio support from Tiffany Calver, DJ Target (BBC 1Xtra), Ricky Melvin and Charlie Hedges (BBC Radio 1) and made its way onto Spotify NMF UK and Rap UK, debuting at #14 in the Viral chart.

Then came ‘6AM In Brighton’, an ode to his hometown that perfectly showcased the 21-year-old’s rapid-fire flow and heart-on-sleeve lyricism, surpassing 2 million YouTube views inside its first month of release.

2021 has already proven to be a career-defining year for ArrDee and the release of ‘Oliver Twist’ is another huge moment for the supremely talented artist. 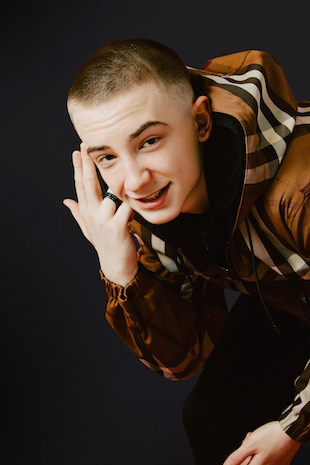