Influenced by Cocteau Twins and The XX, Cloth began performing together in 2018. They immersed themselves in the Scottish music scene after moving to Glasgow to study and quickly found themselves playing in local bands and gigging all the usual local spots that a bustling and influential Glasgow scene has to offer. Their debut self-titled album from 2019 was released to critical acclaim making the Scottish Album of the Year (SAY) Award Shortlist and was named as a “Tip for 2020” by BBC Radio’s Huw Stephens.

Following supporting Aidan Moffat & RM Hubbert on tour as well as playing with Arab Strap and The Twilight Sad at their sell-out Glasgow Barrowland shows, Cloth became the latest signing to Mogwai’s legendary Glasgow label, Rock Action Records (The Twilight Sad, Arab Strap, Kathryn Joseph, Sacred Paws). The band are set to release their follow up EP ‘Low Sun’ in October, with another album in the works for spring 2023. 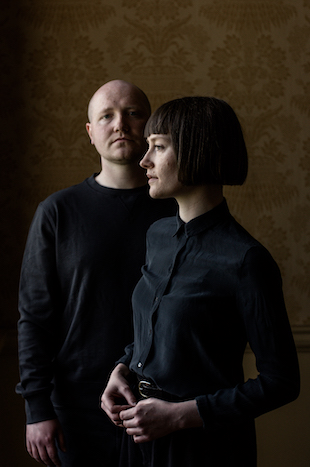