After a time away from the limelight since his last solo record, Daniel Merriweather has been working on a collection of new tracks. The first of these, 'Everything I Need' came out late last year to coincide with his residency at London's Laylow: a reintroduction to solo performance after only sporadic appearances alongside partner in crime Mark Ronson.

Daniel followed this up with 'Paradise' which continues to introduce the listener to the new iteration of Daniel's sound. The single, which shows off his incredible vocal - and with additional production by Kwes (Loyle Carner, Pusha T, Bobby Womack) - pushes the soundtrack into a soulful, jazz-leaning world but with an edge that keeps it firmly relevant.

On the content of the track, Daniel explains; "I was in Hollywood living out of my car and things weren't going so well. Every night I would pretend I was living in paradise, I would pretend that I was happy and in love; I would do anything to make myself feel this way. None of it was real though; honestly it was hell. So one day I found the strength to break free. This song is about that strength"

Alongside releasing his platinum selling, critically acclaimed debut album 'Love & War', which reached number 2 in the UK Charts and featured top 10 single 'Red', Daniel is a busy collaborator and has worked with some of the biggest names in pop. Initially working with Mark Ronson on his reworks album 'Version', appearing on a cover of The Smiths classic 'Stop Me', Daniel recently worked with Ronson and producer Diplo on their Silk City project, appeared on the track 'Only Can Get Better'. He performed at the Brits in 2009 with Ronson, Amy Winehouse and Adele; with Adele also featuring on his debut album on the track 'Water and a Flame' alongside Wale who featured on the UK top 5 single 'Change'. 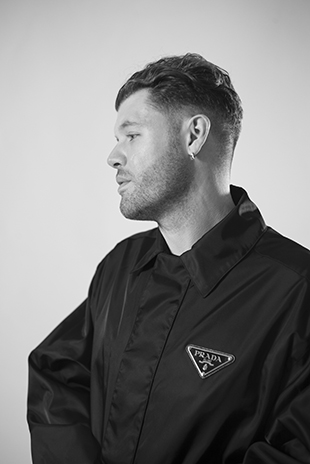