Denzel Himself is an interdisciplinary artist from outer-London. His gothic, hardcore, take on hip hop makes him no archetypal rapper. Described as “Dilla’s brain in Manson’s skull”, Denzel has carved his own distinct aesthetic and sound, a result of the synaesthesia he experiences, and an undiagnosed psychological disposition which both skews and intensifies the way he views life and art.

Denzel’s multifaceted creative prowess has resulted in his apt moniker, Denzel Himself. With all releases to date being self-produced and all accompanying visuals being self-directed, the ex-film schooler aims to push his world and abilities to it's limits.

An artist in complete control of his creative destiny, Denzel Himself is one of the UK’s most important emerging creative minds. With more music set to drop in 2020, the outer-London rapper, producer and director will once again exhibit his distinctive style of gothica, hip hop and hardcore. Expect Denzel’s innovative visuals, expect his unique sound, and expect him to have meticulously crafted his output, himself. 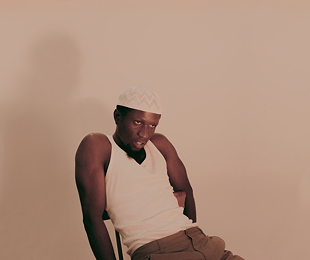