Based in Toronto, Canada, Grandtheft is a DJ/Producer who's done it all. He's headlined global tours, shared a stadium run with the Chainsmokers and hit the stages of some of the biggest festivals such as Creamfields, Coachella and Ultra Music Festival. When he's not on the road, he's dominating Top 40 US and Top 20 Canada pop radio. Possessing a sound production that is varied beyond categorization, ranging from trap to pop to dancehall, he has consistently been moving people of all walks of life with his music. Grandtheft's ability to flow between genres both as a producer and performer has firmly entrenched his role in the electronic dance community.

Grandtheft has already seen notable successes in his music career. The release of 'Easy Go' in 2016 with Delaney Jane accrued over 33M streams across platforms and went gold in Canada. The song also received nominations for Dance Video of the Year at the MMVAs, peaking at #1 on MuchMusic video countdown. His original song 'Keep it 100' with Keys N Krates won Best EDM Dance Video MMVA, and was featured in the 'Minions' movie trailer. Grandtheft's debut EP 'Quit This City' was released via Mad Decent in October 2015 to critical acclaim, cataloged by Stereogum as "internet-age genre melds that bounce and float like cartoon party music." With this body of work, Grandtheft has further defined his sound and made his mark as an artist.

Aside from being one of the best live DJs Canada has to offer, Grandtheft has delivered notable remixes of a number of radio's biggest tracks. Among them are Rihanna's 'Bitch Better Have My Money', Calvin Harris' 'Summer' (teaming up again with Diplo after the success of their remix of Harris' 'Sweet Nothing' featuring Florence Welch), Katy Perry's 'This Is How We Do', Dillon Francis' 'When We Were Young', and Alesso's 'Heroes'. His official remix of the T.I. and Iggy Azalea single 'No Mediocre' was quickly jumped on by Migos and became a club hit.

His versatility has further been proven with his recent releases, bouncing from genre to genre with great ease. After collaborating with rising pop favourite MAX in 2017 for 'Square One', he linked up with Just Chase for the R&B infused 'She Knows' off Dim Mak Records and wrapped up 2018 going back to his trap roots with his Deadbeats release 'Jackson Pollock' featuring fellow Canadian Cadence Weapon. With a forthcoming EP on the way and more projects in the works, there are no signs of slowing down for this seasoned producer. 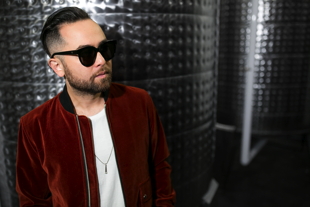