“It’s Ed Riman – AKA Hilang Child, who opened proceedings down the road earlier in the afternoon – who steals the show late on with a stunning performance of album track ‘The Engine’, one of those beautiful sights where a performer appears absolutely lost in the song, and I only notice my jaw is gaping as it ends.” - CLASH MAGAZINE LIVE REVIEW

“His first solo-album is unlike anything else... Riman could straddle the indie-mainstream divide” - MOJO MAGAZINE

“At his best, he is the classical synth dreamer who induces his listeners into a beguiling poignant reverie” - THE LINE OF BEST FIT

Ed Riman is the Eurasian songwriter, singer and multi-instrumentalist behind the Hilang Child moniker, raised in South London to a Welsh mother and Indonesian father and now based in Brighton. Since the release of his first album Years in 2018, Riman has been on a quiet period of self-reflection, contemplating ways to better understand and sonically explore the range of emotions that define the human experience - anger and joy, tranquility and chaos, fragility and ecstasy. Despite plaudits for Years (including from the likes of Lauren Laverne on BBC 6 Music, reviewers across the press such as Line of Best Fit and Q Magazine, and at one point hitting #4 on MTV’s Channel V Asia chart), the aftermath of release felt like a crossroads. He’d been praised for the serene nature of that debut but a desire burned inside for something new, considering some of the more visceral music his own tastes aligned with.

Notable tour dates when promoting Years included SXSW in Austin, TX, Iceland Airwaves festival in Reykjavik and a run of concerts in Indonesia in collaboration with the British Council and Greenpeace. Not one for sitting still, he also regularly tours as a bandmember with other artists (the past year has seen him work as a session drummer with London collective Outlya, Bella Union labelmate Dog In The Snow and Big Dada alumni Elan Tamara), but it was one experience in particular which helped shape a new direction for Hilang Child. During a year of shows singing with Cocteau Twin Simon Raymonde’s new project Lost Horizons (including mainstage slots at Green Man and Blue Dot festivals) he ended every performance screaming at the top of his lungs during The Engine’s massive instrumental reprises, free to let loose at centre stage while the band behind him unleashed pounding drums and cacophonous waves of distortion. It felt far more natural than being tied to a keyboard or drum kit as he’d previously been used to.

Opening his mind to more collaboration, co-writing and creating music for communal performance, the intervening period has allowed a brasher, more upfront aesthetic to enter his songwriting, feeding off of the rollercoaster of everyday mental-states we all encounter. The outcome is a new sound which displays a true evolution on Riman’s creativity. The new songs have a noticeable confidence and feeling of congregation; aggressive bass-synths and hypnotic drums on ‘Good To Be Young’ are punctuated by massive gang-vocal reprises, sung by a 10-strong choir of Riman’s musical friends (including members of Penelope Isles, AK Patterson and Paul Thomas Saunders). ‘Seen The Boreal’ juxtaposes a pumping, heavy groove and looping samples with ethereal woodwind textures from Anglo-Thai multi-instrumentalist John ‘Rittipo’ Moore (Public Service Broadcasting, Bastille). Jubilant choruses on ‘Anthropic (Cold Times)’ provide soaring vocals and triumphant horns, a step up from songs like ‘Crow’ on Hilang Child’s first album. And integral to the process was the creative relationship with the album’s co-producer JMAC (Troye Sivan, Haux, Lucy Rose), who Riman had previously collaborated with on 2017 standalone single ‘Solve’. Working across different studios as well as using their own home setups, together they shaped and refined Riman’s confident new vision, ensuring it breaks new ground for Hilang Child while tying in the familiar touchstones of serene atmospheres, lush harmonies and emotional, honest lyrical themes.

Despite hold-ups owing to the global Covid-19 pandemic (Hilang Child had tours cancelled and a forced transition to completing the new material remotely, unable to get back in the studio to finish what had been started), new music will be trickling out in 2020 alongside visuals created by London collective Tough Honey, making use of Notch VFX technology.

Currently announced tour dates include October 2020 UK shows supporting label-mates Lanterns On The Lake (rescheduled from earlier in the year due to the Covid-19 pandemic). 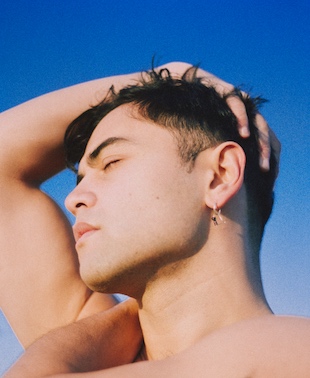