Jamie Lidell is a singular artist whose recordings and live performances consistently upend expectations of the ways man and machine can make sweet music together. Equal parts soul man and sonic scientist, Lidell has spent the last year rebuilding his home studio from the ground up and recording his fifth Warp Records album, a bass-bin busting, body moving, booty banging collection of songs simply called Jamie Lidell.
He's written classic tracks like 'Multiply', 'A Little Bit of Feelgood', and 'Compass' while collaborating with a diverse range of musical peers, including Beck, Feist, Chris Taylor from Grizzly Bear and Simian Mobile Disco to name but a few.

You recently moved to Nashville. What drew you to the country music capital of the world?

Our house doesn't have that classic porch with the swing and rocking chair... but close. Cliched as it is, Nashville's got a unique dedication to its heritage. There's a cheesy side to it -- the tourist element -- but there really are characters around. For example, the guy who built my studio is a bloody Grammy award-winning engineer that's turned his hands back to carpentry. If that isn't the classic Nashville story....

At the same time, you go out to gig and the Nashville crowd are quite hard to please. They're not mad partiers. For a guy who used to live in Berlin, where everyone's a lunatic and a party animal, Nashville is a real oddity. But really, its our creative sanctuary and get-away...but it is a little like living in [outer] space.

After the insultingly pokey cupboard-like studio experience I went through at our Chelsea apartment in New York, the Nashville spot seems positively palatial. I've set up all my gear that had been stacked against the walls and added a host of amazing analog poly synths from back in the day. I also managed to squeeze in a 56 channel SSL console that was the actual desk that was used to mix Paula Abdul's 'Opposites Attract'...ah yeah! Pretty classic.

The whole house has become a recording studio -- my wife is very encouraging -- and the old basement turned out to be sweetest drum room.
Stone walls and low ceilings. We got this sticky sound down there. The entire album was recorded and MIXED at home. I'm proud of that. Next level h-h-h-house music!!

Your new record draws more from electronic music than the classic R&B of Stax and Motown that is often associated with Nashville.

Let's be honest, when I was a teenager my only musical crush was Prince.
Talk about a man that brought it all together. He's the blueprint. He brought Sly Stone together with George Clinton and all those other characters and just made you see that all those combinations are delicious. Having grown up with that, I was never taught that "ooo, you gotta keep your Motown separate from your house music" or any kind of "you've got to keep this and that away from that and this." Anything you love can just go into a delicious gumbo called funk.

George Clinton is the man who melded electronics and soul in the craziest way, even more than Prince. 'Atomic Dog' is right up there with my favorite tracks of all time. There's so much in there -- that awesome exuberance of soul, the gospel power, the playfulness of George Clinton's crazy mind and lyrics, the burning synthesizers sounds of Bernie Worrell...that track has everything. If I could even get close to that...chasing the tail of the 'Dog' is the way this album went down.

When I was making this album, I took a lot from Mtume, the Jam & Lewis Janet Jackson stuff, Cameo, the Time and some New Jack Swing. From your Lisa Lisa to your Bobby Brown to your Ready for the World. Bring on the New Jack Swing revival. Its a crazy union of electronic drums with soul.

Its no coincidence that house and techno first emerged right around the same time.

Growing up in the U.K., I went straight from Prince to rave and hardcore, where I discovered Detroit techno and Chicago house... all the pioneers of those genres inspired me along the way. There's a beautiful sense of punk realism that comes with the house music movement that got me started. Those records showed you really can make incredible music in your bedroom. Back then it was just a sampler, and Atari ST and a microphone, but you can do a lot of damage with that. Now there's powerful home super-computers the landscape has completely changed.

Now anyone can make acid house while riding the bus. There's an app for that.

I remember when that same software, ReBirth, came out for the PC. It gave everyone access to 303s, 808s and 909s. It both demystified what those little boxes do and how much they had changed the shape of music.
At the same time, only a few people could make music that would REALLY do your mind in. There was so much invention... to come up with that was the genius.

You perform solo and with a band. Which do you prefer?

Playing in a band is like driving in a convoy. Its fun... you get to wave at each other and stop at the gas station for a snack together and ultimately you all arrive together at the same time. There's a joy and a potency in a group. If bandits attack a convoy you can fuck them up but if you're traveling alone you might die. With a band every decision requires a great deal of communication. You can achieve great results, but by virtue of the fact you've got everyone else to consider, you can't move as quick.

My mind works more as an improviser. Being solo is cool because you can change direction on the turn of a dime. Freedom is really important. If you're in the mood, you can go really deep. You can chase your mind, and if you're really familiar with your instrument you can really roll with it. That's the joy of listening to a Jimi Hendrix solo -- you know that he's free in his mind chasing that beautiful thing. Solos are decadent, but when they're amazing its an incredible human expression. Not only am I chasing the 'Dog', I'm going after that weird look on Jimi's face in that blessed out moment as he's tripping.

Yet now the guitar solo is a classic rock cliche. Wasn't electronic music supposed to liberate us from that kind of excess?

That's really interesting to me. In rock, after Hendrix, you could use a guitar to make any kinds of sound. The guitar can be wailing with phasers and all kinds of [effects] all over it. Those are electronic sounds. He used an acoustic impulse, an oscillator, but it was going through electronic devices and its electronic music as far as I'm concerned. But back in the day synthesizers were considered uncool. The public's willingness to embrace electronic sound as music took a long time.

But it happened and now electronics are everywhere. Electronics have worked their way into every aspect of music whether you're a drummer, a guitarist or keyboard player or a singer there's electronics pretty much everywhere. As soon as you plug in -- like Dylan going electric -- at that point you're using the same resistors and capacitors that make a synthesizer think.

If everyone is using electronics, how do you differentiate yourself as a musician?

I don't like a lot of modern electronic music because I don't really like modern synthesizers. That's why on the new record I referenced a lot of the analogue synth tones of the records I really love. I source all the same synthesizers that were used on 'Atomic Dog' and all those Prince records. Its really important to me as an electronic musician to really care, just like a guitarist would care if it was a Stratocaster instead of a Telecaster. The question isn't electronic music or not, its what are you trying to say with the electronics you choose.

Electronic music is such an interesting, complicated, interwoven thing that most people don't consider. It's kind of like the difference between the macroscopic world and the microscopic world. People don't really care what's going on under the hood. They don't want to know how their iPhone actually works -- its just a black box that achieves certain results. Its like that with music. If it hits a certain way, nobody really cares how its done. 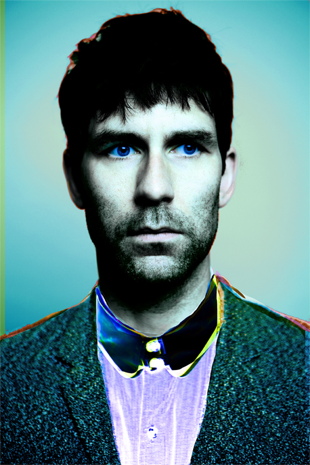