Raised in West London by two Anglo-Indian parents in a household full of musicians, Kasai has spent much of her adult life working towards creating the music you hear today. 2021 will see the release of her debut project NOT THAT NORMAL PT.1. In this smart, five-track EP which Kasai executive produced, she excavates fucked up romance with the confidence of musical greats. Having had a brief foray into the world of chart-leaning R&B with 2018’s ‘Pretty Boys’, a Joey Bada$$ collaboration that Nike selected to score adverts, Kasai gained an insight into what it’s like to bridge the gap between conceptual storytelling and life as a pop star. Today, the same people she lists as influences are now directly tied to her work. Published by Roc Nation whose co-founder Jay Brown signed her, she has already found herself in the orbit of Rihanna who she met at one of the label’s Grammy brunches. (“Around her, I just shut my mouth! I was so nervous!”). The production credits on this project are like those of the artists she admires: Vegyn worked on Frank Ocean’s BLONDE; IzyBeats with Koffee. The whole project is pristinely mixed by Spike Stent, who also worked on Frank’s seminal debut CHANNEL ORANGE. 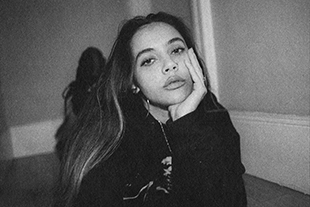