British Recording Artist Kelly Kiara is an Independent Singer/Songwriter. Her writing credits have amassed over 110Million streams combined with collaborations alongside producers such as Neenyo, Harry James, Al Shux, Oak, TOP FLR and Grades already under her belt. She has penned hits for chart-toppers Mabel, Era Istrefi, Ashnikko and Gorgon City while honing her own outspoken solo material. Kelly’s story began in her hometown Leeds, when she sang a bruised yet angry response to Justin Bieber’s 'Love Yourself.' Titled 'Fuck Yourself,' Kelly laid bare her emotions making the cover go viral with 30 million watching and listening. The perfect introduction to a star with no filter. Kelly’s voice is bold yet vulnerable, she writes declarations of self-love, a clarion call to those who share her confidence or those looking for a light to guide them. Her upcoming debut Mixtape 'Hopeless Romantic' is set to be released February 2021. 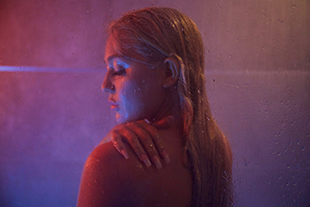