Mick Jenkins is a 28-year-old Chicago-based American recording artist. His album, Pieces of a Man , came out on October 26, 2018. This body of work shares a title with and pays homage to Gil Scott Heron’s debut studio album. Pieces of a Man ’s production was crafted by contributors such as THEMpeople, Black Milk, BadBadNotGood, Kaytranada, and Nez & Rio, among others. The album also features guest appearances from Ghostface Killah, Julien Bell, Mikahl Anthony, Ben Hixon, and Corinne Bailey Rae. The album sees Mick returning to assert himself as a lyrically-dominant rapper operating in a lane of his own.

Finding Mick at a wiser period in his life, Pieces of a Man showcases his penchant for dynamic storytelling with an introspective, and investigative look at the state of the world. As a direct prelude to his forthcoming album, Mick released The Circus EP, on January 10th, 2020. This project was produced by Hit-Boy, Bizness Boi, and IAMNOBODI, among others and includes a feature from EarthGang. Mick describes the EP as a body of work about The Circus in which we find ourselves. It’s difficult to look at the current state of the world - in politics, pop culture or societies at large - without seeing allegory that makes this metaphor increasingly relevant. 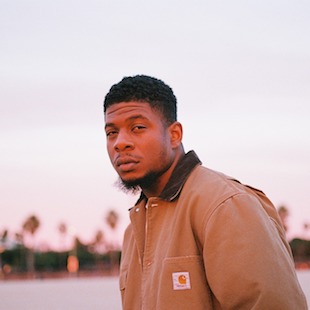