Despite what her social media handle suggests, Noname isn't hiding anymore. The soft-spoken but quick-witted rapper has spent years bubbling in Chicago's hip-hop scene and sparring on tracks with friends like Saba and Chance The Rapper while still maintaining a low profile.

Born Fatimah Warner in Chicago, Ill., Noname first gained attention when she appeared on Chance The Rapper's 2013 mixtape, Acid Rap. Following that success, she released the 2016 mixtape, Telefone, and used the proceeds from that record to fund her debut studio album, 2018's Room 25. Noted for its sharp commentary on race, identity, sex and politics, Room 25 was one of the most critically acclaimed records of that year.

The Chicago rapper recently dropped a delicate new song, titled “Rainforest,” and the name alone challenges us to listen closely and fully: If you can get your ears beyond the played-out evocation of Earth-death, you’ll wonder how we ever allowed the idea of extinction to become a cliche. From there, the 29-year-old offers a sotto voce meditation on imperialism, anti-Blackness, the death spiral of capitalism, the existential loneliness fostered by all the above, and, against the odds, our individual significance in an unfathomably grander scheme. “The universe bleeds infinity,” she raps. “You got one life.” 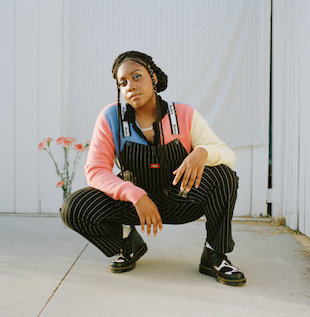