Odeal moved around a lot as a child, spending time in Germany, Spain, Nigeria, and his native U.K. by the time he was a young teenager. He credits his genre-surfing musical style to this nomadic life and uses his ability to cross cultures when he fuses afrobeats with rich and silky R&B vocals. Still only 20, Odeal arrived at this sound after returning to London from a period studying in Nigeria and heard the distinctly U.K. take on the afrobeats sound coming to the fore at parties across the capital via peers like NSG and J Hus. “I was deeping that this is completely different to what I was hearing in Nigeria,” Odeal says looking back. “I thought, ‘I can work with this.’”

It was that period spent at boarding school in Nigeria where Odeal first cut his teeth as a budding artist and producer. His jump off point was James Brown but also grew to factor in local heroes Fela Kuti, Burna Boy, and Wizkid.

Arriving back in London in 2017, Odeal began blending all of these influences and made big sacrifices to help his musical dreams come true, selling his beloved camera and Beats headphones to invest in a new laptop he could make music on. Eventually he got enough material together to create an EP, Pragma. “I loved the whole process of making that project because it was just me,” he says of the independent release, which arrived in 2018. “I can release music and I don't need to depend on anyone else.”

A summer of unrest and protests inspired by the 2020 killing of George Floyd made their way into Odeal’s music, too. “More Life,” released around the same time as Black Lives Matter marches began in the U.S. and spread globally, is Odeal taking inspiration from a series of personal losses and wider injustices. “We were shook,” he says. “So many people were passing. I would play back voice notes on Snapchat, of friends I lost talking to me about my music. It was mad emotional for me. My people need to live longer. No one's getting to really see their dreams and it just doesn’t make sense to me.”

Odeal has shown that he was born to hustle, always moving forward. It’s why, when he says his ambition in life is to lead the way for his peers, you don't doubt his ability to pull off such a feat. “I want to be the voice that allows other people’s music in the UK to be heard internationally,” he says. “I want to open that door so someone from ends can do this and go on to do amazing things.”

Having soaked in a global culture and brought it back to his roots in London, Odeal has proven adept at finessing any situation and making moves toward the next level. He’s a DIY artist with A-list ambitions that blurs the lines between musical forms with ease. No matter where he lands, Odeal always comes out on top. 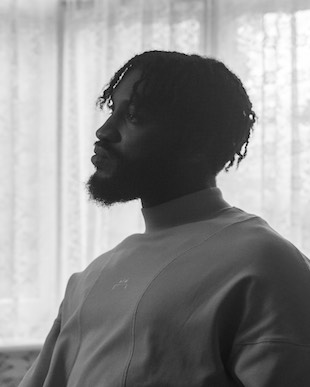