SoCal vocalist, producer, and multi-instrumentalist St. Panther has solidified herself as an artist to watch after being named “Best New Artist” by Los Angeles radio staple KCRW and placed in rotation on BBC Radio 1 with legendary DJs like Annie Mac saying, “I love her, I love the music.”

With her debut 6-track project These Days under Ricky Reed’s Nice Life Recording Company and Nate Mercereau’s How So Records, the EP has been met with critical acclaim. The LA Times highlighted her as a “lightning-bolt talent” and Nylon joined in adding she’s an “artist you’re definitely going to want to keep your eye on.”

The Irvine, CA native has also landed herself on some of today’s most popular TV soundtracks, namely single “Infrastructure” on season 4 of HBO’s Insecure and first season of Genera+ion on HBO Max, and “Playa” on season 5 of HBO’s Ballers. She has also worked with Adidas Sound Labs to host a private listening session of her music with Pusha T at ComplexCon and has been featured on both Issa’s Raedio Show and Pharrell’s Apple Music Beats 1 Radio Show OTHERtone. 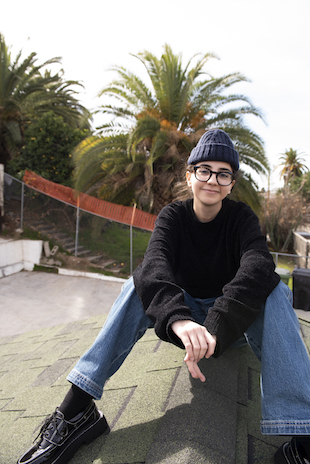