STRAY London based producer STRAY made his first mark on the Drum & Bass scene back in 2009 but has since cemented himself in the wider underground electronic music scene.

Though initially known for his stripped back, dark & minimal 170bpm material, he quickly went on to showcase a remarkable variety of styles whilst keeping a distinctive and recognisable quality to the music. The range of influential labels who have released it over the years reflects the diversity of his output, from 2011's jungle-juke workout 'Break Your Legs' on Gilles Peterson's Brownswood imprint right up to the slew of unique Hip Hop & Footwork hybrids released recently on dBridge's esteemed Exit Records, such as the 'Chatterbox' EP from 2014.

STRAY is also one third of Drum & Bass supergroup Ivy Lab, alongside his longtime friends and collaborators Sabre and Halogenix. To say that the trio's releases on Kasra's Critical Music have taken the scene by storm would be an understatement, and in addition their London clubnight '20/20' has gathered ample recognition and success since it's inception in 2014. It's clear through these nights & their recent productions that the group are seriously influencing a new and fast expanding cross pollination of dancefloor tinged Hip Hop and british basslines which borrows heavily from the Drum & Bass aesthetic and engineering muscle.

His newest record 'Paradise' will drop on Exit Records this summer and features 9 tracks including remixes from dBridge and Machinedrum. 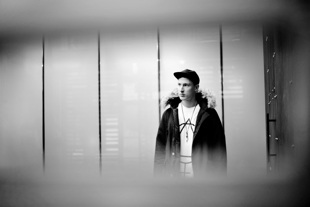