At only 18 years old, Will Joseph Cook's calling card came with the 'You Jump I Run' EP which was released on London indie label Duly Noted Records in April 2015. Its lead track 'Message' provided his breakthrough as it powered to #1 at Hype Machine, reached #2 on the Global Spotify Viral Chart and received Radio 1 airplay from Phil Taggart. Consistently backed by BBC Introducing, both nationally and by Abbie McCarthy in Kent, Will was invited to play Glastonbury just days after finishing his final A-level exams.

In August 2015 he followed up with the 'Proof Enough EP', with lead track 'Hearse' gaining more support from Radio 1's Annie Mac and Clara Amfo, paving the way for latest single 'Girls Like Me', which spent 3 weeks on the 'In New Music We Trust' playlist at Radio 1 in February of this year. and led to a sell out show at London's Barfly.

The continuous popularity of Will's first two EPs has lead to over 8 million streams on Spotify alone, and with a debut LP on the the way his singular cocktail of pop hooks, richly characteristic lyrics and idiosyncratic inventiveness will send him stratospheric. 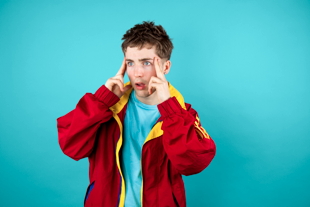