Fahad Seriki (born October 12, 1993), known professionally as DVTCH NORRIS (or DVTCH), is a Belgian rapper from Ekeren, Antwerp. His 2018 single “Toothpick” & debut EP “I’m Sad I Wanna Make It” released through Beatville, received praise from Complex, Red Bull Elektropedia & Enfnts Terribles among others. The single featuring Argentinian rapper Bhavi got featured on Ebro’s Beats1 radioshow & passed over 2 million views on YouTube. 2019 marks another key-year for the young artist as he’s releasing his second EP “Fahad Seriki, I Hate You”.

Seriki was born in Antwerp to Nigerian parents and was raised in Ekeren. At the age of 20 he signed to independent record label Beatville where he quickly joined other signee Coely on tour. Together they performed over 400 show throughout Europe including Rock Werchter (BE), Glastonbury (UK), Splash! (DE), Openair Frauenfeld (CH), The Great Escape (UK) & Eurosonic (NL). In early 2016, DVTCH bursts onto the scene with his first single “Caught Up”. The follow-up, “Seeking Closure”, was his big breakthrough as it got daily rotation on several Belgian radio stations. In August 2016 “Don’t Care” was released, this collab with the leading lady of the Belgian Hip-hop scene Coely resulted in his first Golden Record.

With his growing fame Seriki became a regular guest in the Belgian national media. He was a festival reporter for Studio Brussel and a guest on the immensely popular Belgian quiz “De Slimste Mens”. At the end of the year he was nominated for ‘Best MC ’ at the Red Bull Elektropedia Awards. In 2017, DVTCH worked on new music behind the scenes. During this year he performed as a support act for artists like J Cole, Chance The Rapper, The Underachievers, Flatbush Zombies, Rejjie Snow and Method Man & Redman.

2018 marked a year of new music, releasing his highly anticipated debut EP titled: “I’m Sad, I Wanna Make It”. After a sold-out release show in Antwerp, the single “Toothpick” featuring his Argentinian bff Bhavi was released. The video got premiered on Complex and immediately gained a lot of attention. It reached over 1 million YouTube views in only 3 weeks, even Ebro Darden featured the song on his Beats1 radioshow. That summer DVTCH played a lot of major festivals like Woo Hah (NL), Ghent Jazz (BE) & Pukkelpop (BE). Later that year he was nominated for “Best Belgian Act” at the MTV EMA’s and got 4 nominations at Red Bull Elektropedia Awards for “Artist Of The Year”, “Best Album”, “Best Song” & “Best Live Act”.

Eurosonic 2019 was a great success for DVTCH NORRIS, as he was in the top 5 on thursday and #14 out of all 350 performances of the whole festival. By the end of january he released the single “Blessed” featuring Yann Gaudeuille. The song lasted for 3 months on all major Belgian radio stations and received global attention. On april 24 he sold out his first AB Club show, and major European festivals such as Rock Am Ring (DE), Rock Im Park (DE), Dour (BE), Couleur Café (BE) & Paaspop (NL) got confirmed. 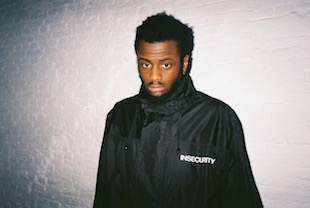